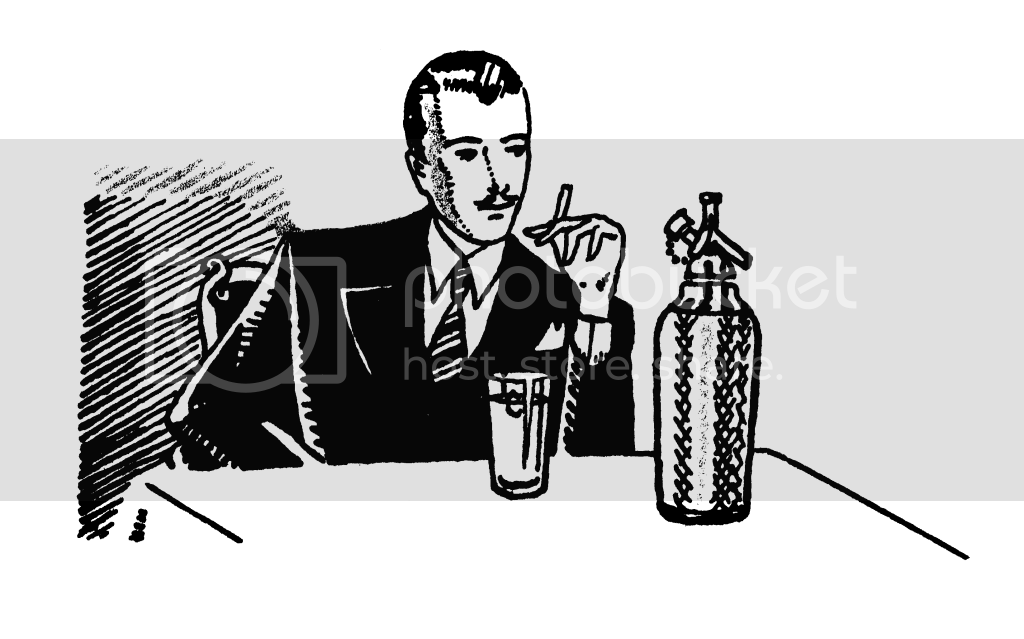 In the middle of the 19th century, a device for a bottle was developed for the first time in France, which made it possible to add carbon dioxide to water and thus produce soda water.

LONDON AFTER THE FIRST WORLD WAR 1919 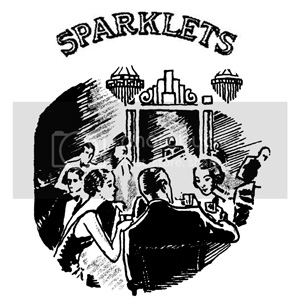 In the second half of the 19th century, an improved system was patented in England by the London-based company Aerators Ltd.  Aerators was acquired in 1919 by the Sparklets company, which manufactured ammunition during World War 1.  Under this name, they developed the systems of home filling by means of pressurized capsules that are still used today. 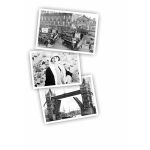 The First World War was over and the "Roaring Twenties" began - it was the time when English society was modernized by industrial production and women's right to vote. The "Jazz Age" was blossoming in England.

While the invention of the record revolutionized music and dance, cocktails based on whiskey became the favorite drink of the younger generation. As carbonated drinks became more popular, the company "Sparklets London" began to produce the C-type of the Sparklets London Soda Siphon.

The Soda Siphon culture, the new chic, seduced England on the fly. Now soda siphons were ubiquitous in London's cigar and jazz clubs as well as dance halls, where gin & tonic and whiskey sodas were served. Our Sparklets London Soda Siphon has become the symbol of an entire era. 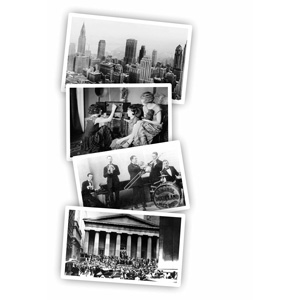 Emblematic of the "Roaring Twenties" in the United States, New York was transformed into one of the largest and most dazzling cities in the world. Jazz culture, skyscrapers - like the Empire State Building - and the financial world shot up side by side in the city's lively streets.

It is the era of the legendary Great Gatsby, with all its decadence and debauchery, which came to an abrupt end in the most famous crash in stock market history, the Black Friday.

Due to their age and low quantity produced, our Sparklet New York Soda Siphons are a rare legacy of the era. Made locally in New York, "Made in USA", in a subsidiary of the original Sparklets London company.

As a symbol of social status, sales of Sparklets siphons exploded in 1925 and 1926, and soda siphons also made appearances in the film industry, seen in numerous movies between 1930 and 1960. What a legacy! 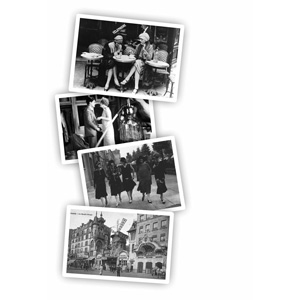 The splendor of the Golden Twenties! At the end of the First World War, Paris breathes hope and excitement at the same time. A wind of modernization sweeps through the entire city as the Art Deco movement and the fashion-able Coco Chanel find ever-increasing popularity among Parisians.

The cultural, artistic and intellectual scene of Paris shined out all over the world. The Moulin Rouge was booming again and offered space to dance the famous can-can. Music clubs were well filled, bistros and brasseries use their siphons to satisfy the thirst of the young and merry Parisians. 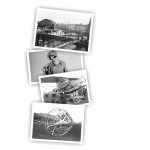 In art, Dadaism and Art Deco emerged.  Works by Herrmann Hesse, Erich Maria Remarque and the then recently deceased Franz Kafka were published.

Stars like Charlie Chaplin stay at the prestigious Hotel Adlon, where Marlene Dietrich was also discovered and subsequently became the first great German Hollywood actress. Swing music and the introduction of sound films completely changed nightlife. It was a time of plenty, excess and unbridled partys.

Besides champagne and spirits, soda siphons of the Sparklets brand could not be missing. Manufactured and sold in Germany under the name Heimsyphon, they stand for quality and luxury at the highest level. Today, the preserved soda siphons of the Heimsyphon brand from that time are rare collector's items reminiscent of the "Golden Twenties" in Berlin. 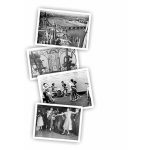 In contrast to the pervasive poverty and unemployment everywhere else, Londoners danced to "Knees Up Mother Brown" sung by live bands in dance halls and parks. Restaurants offered dance floors and live music; there Sparklets soda siphons were more present than ever and highly appreciated.

It was also time for the Sparklets London Corporation to present the D-Type of the siphon, a successor to the C-Type that appeared in the 1920s. The new Sparklets London soda siphons were produced in large quantities.

The great era of cinema dawned when the first color films appeared. Now soda siphons were a frequent guest in films of the Marx Brothers and the Three Stooges. A glamorous era for Sparklets London Soda Siphons! 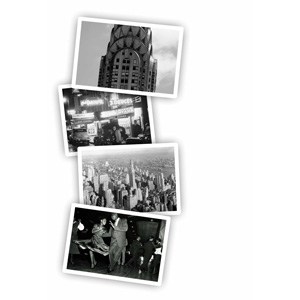 The Empire State Building and the Chrysler Building, two of New York's most famous landmarks, have dominated the cityscape and skyline since the early 1930s.

In the 1930s, these monumental buildings were a reminder of the splendor and economic power of years past, before Black Friday and the Great Depression. Thanks to President Roosevelt's "New Deal" and the mayor of New York, Fiorello LaGuardia, the United States embarked on a path that allowed the country to regain its economic supremacy in the fastest possible way.

The New York subsidiary of Sparklets Ltd. was able to survive the 1930s thanks to the launch of the D-Type siphon and continued to increase its market share.

In contrast to the C-Type, the new model offered a removable capsule holder and also set new visual standards with the chrome-plating of the entire head. The patented D-Type was a complete success and was sold internationally in large numbers.

After the war, the soda siphon did not make a comeback in the USA. Beverages such as Coca Cola competed with soda water, soda siphons were only rarely used in private households, bars and restaurants still form refuges where these interesting devices can be found.

The development in Europe was quite different. Here, the siphon operated by a carbonic acid cartridge experienced a true revival after the war. In the 1950s, it was part of the basic equipment of a modern household, and colorfully coated aluminum siphon bottles helped to make these appliances look their best in any environment. Glass siphons no longer played a role, a few manufacturers - mainly Heimsyphon and Kayser - shared the market.

Japan is at a crossroads in the 1970s.  The country is re-industrializing rapidly and everything is beginning to mix: Technology and craftsmanship, the culture of the West and that of the ancestors, modernity and tradition.

Tokyo now has a population of over 11 million people and the largest skyscraper in Asia is being built. As the momentum of the West slows, Japan launches its first satellite in space, exports its cars around the world, and sends its first couturiers to Paris for fashion shows.

In 1975, the Tokyo Soda Siphon, whose design process incorporated both traditional culture and contemporary modernization, came to the market.

The Tokyo Soda Siphon is part of an exhibition at the Museum of Modern Art in New York and in 2010 the design was named "Design Of The Year" by the Wall Street Journal. 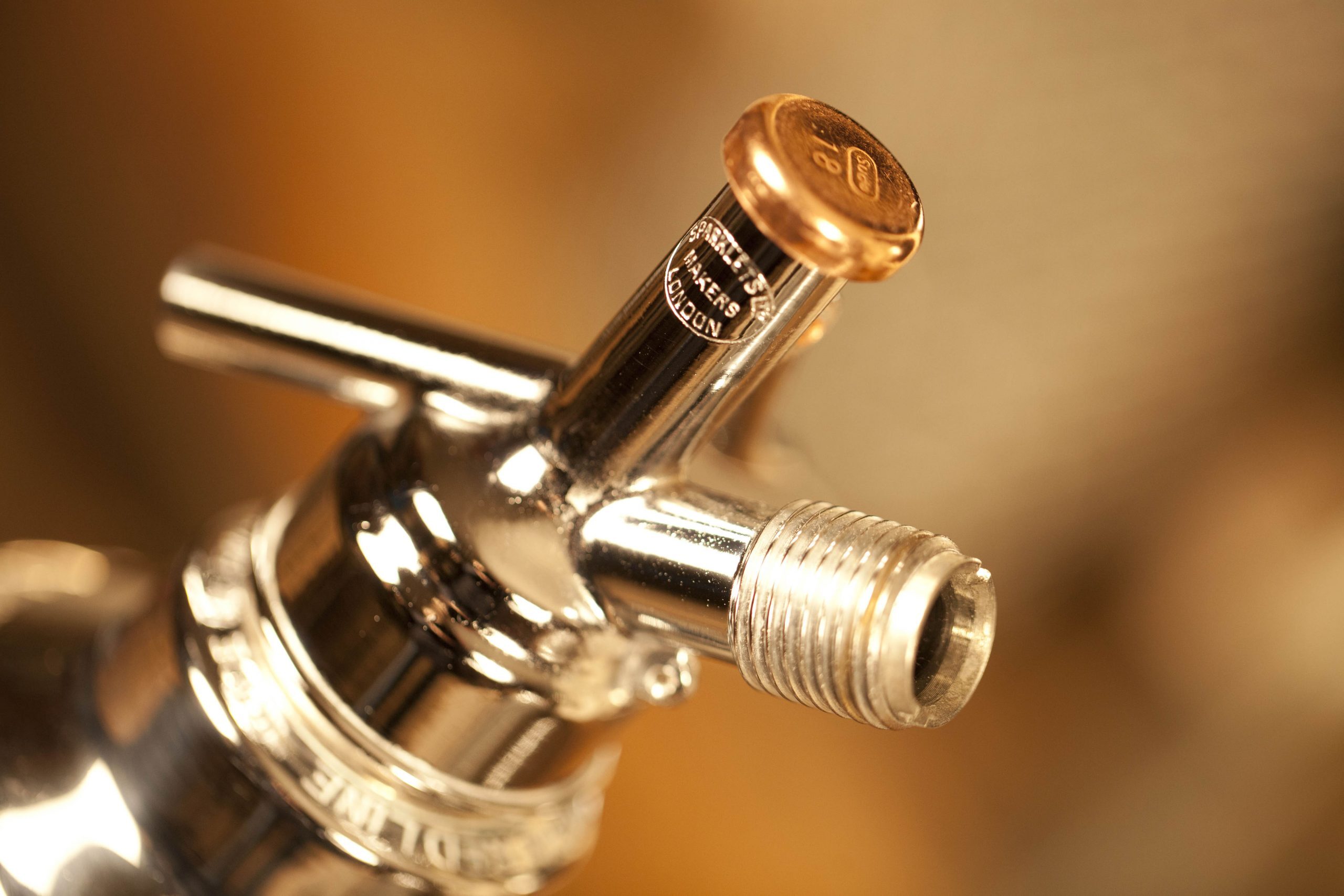 We have made it our mission to revive the soda siphon. Despite their age, they are one thing above all: high-quality utensils that should be used and enjoyed.

No products in the cart.